×
Ó Súilleabháin comes from the Gaelic “Súil”, meaning ‘eye’, and can mean ‘Black-eyed’ or ‘Hawk-eyed’. The O’ Sullivan sept was part of the Eoghanacht tribal grouping, and was originally based in Co. Tipperary from where it spread to counties Cork and Kerry. The clan subsequently split into two major branches, the O’ Sullivan Mór, whose territory was Kenmare Bay in Kerry, and the O’ Sullivan Beare, which was located in the baronies of Bear and Bantry. The name now ranks as the third most numerous in Ireland, and is number one in counties Kerry and Cork (find out more about the history of the O'Sullivan family name).

The hand knit O’ Sullivan sweater has a blackberry central panel, flanked by cables and chevron stitch on either side. The blackberry stitch represents the Holy Trinity, and the cable symbolises good luck. This beautiful Aran sweater has been hand knitted in the traditional báinín (pronounced ‘baw neen’) colour, the natural white of the wool. It comes to you complete with a clan history and crest. It is made of 100% pure new wool, is water repellent and breathable. It has been hand crafted in the traditional Irish style, and, with care, will last a lifetime. 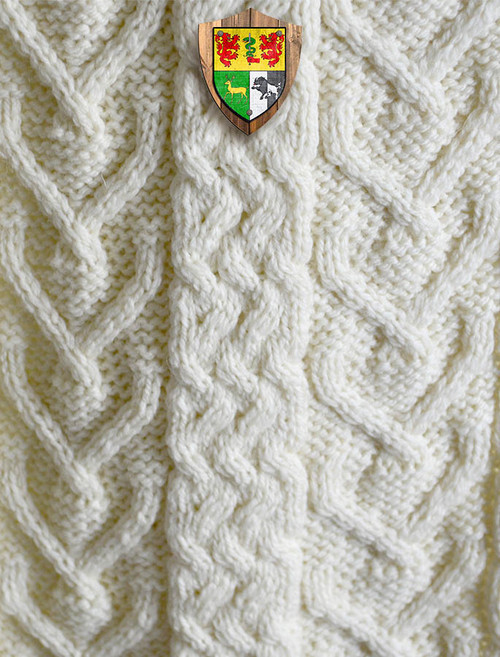 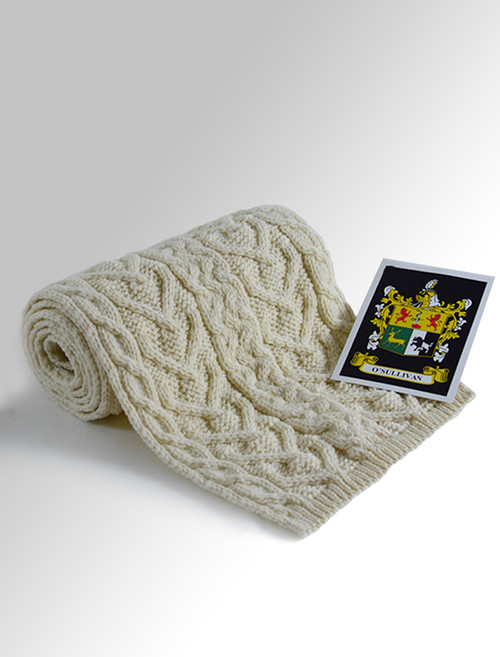