×
This surname can be of Scottish or Irish origin. The Scottish version of the name was originally Mac Murray, derived from “Moray” which means ‘settlement by the sea’. The Gaelic version of the name was Ó Muireachaidh, which means ‘descendant of the seaman’. The most important Gaelic sept was based in the south Galway / eastern Roscommon area, and was part of the Uí Máine Tribal Grouping. There was also another sept of the same name in Carbery in Co. Cork. Today the name is ranked as eighteenth most numerous in the country, and is strongest in Co. Westmeath (read more on the Irish heritage of the Murray name).

The hand knit Murray sweater incorporates the blackberry, moss, diamond, and braid stitches. The blackberry stitch is symbolic of the Holy Trinity, the moss stitch represents nature, and the diamond symbolises a wish for good luck. This beautiful Aran sweater has been hand knitted in the traditional báinín (pronounced ‘baw neen’) colour, the natural white of the wool. It comes to you complete with a clan history and crest. It is made of 100% pure new wool, is water repellent and breathable. It has been hand crafted in the traditional Irish style, and, with care, will last a lifetime. 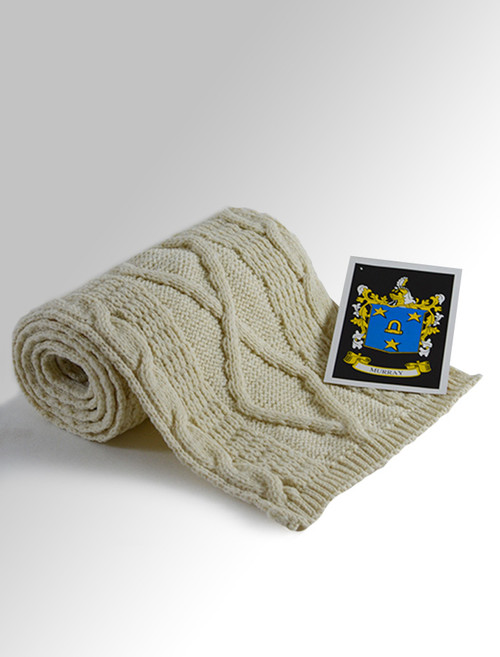 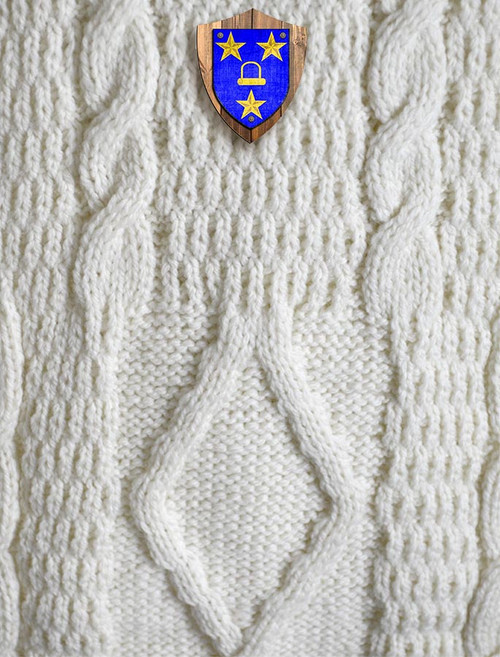