×
Martin is an extremely common name throughout Ireland, and may be of English, Scottish or Gaelic origin. The Gaelic clan name comes from “Mac Giolla Mhártain”, which means ‘Devotee of Saint Martin’, similarly the Scots Gaelic name was “Mac Gille Mhártainn”. There are also Martins who were of English origin, and came to Ireland with the Anglo-Norman invasion to establish themselves as one of the fourteen tribes of Galway. The name is now thirty-eighth most numerous in Ireland, and is most common in the western province of Connacht.

The hand knit Martin sweater has a trellis central panel, flanked by cable, rope, and blackberry stitches on either side. The trellis stitch represents the stone walled fields of the Aran Islands, the cable is a wish for good luck, and blackberry symbolises the Holy Trinity. This beautiful Aran sweater has been hand knitted in the traditional báinín (pronounced ‘baw neen’) colour, the natural white of the wool. It comes to you complete with a clan history and crest. It is made of 100% pure new wool, is water repellent and breathable. It has been hand crafted in the traditional Irish style, and, with care, will last a lifetime. 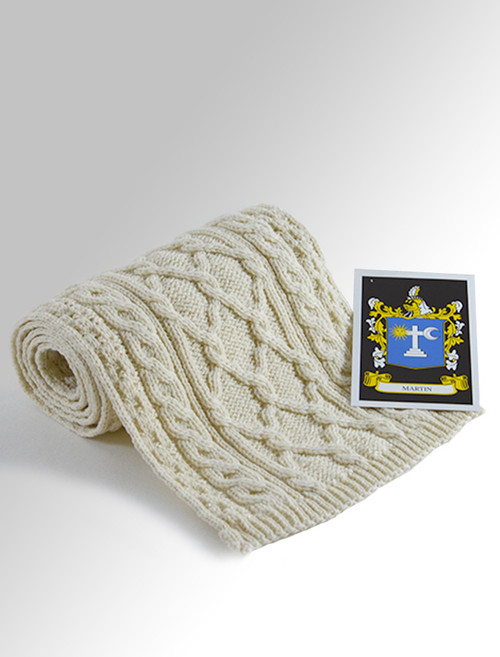 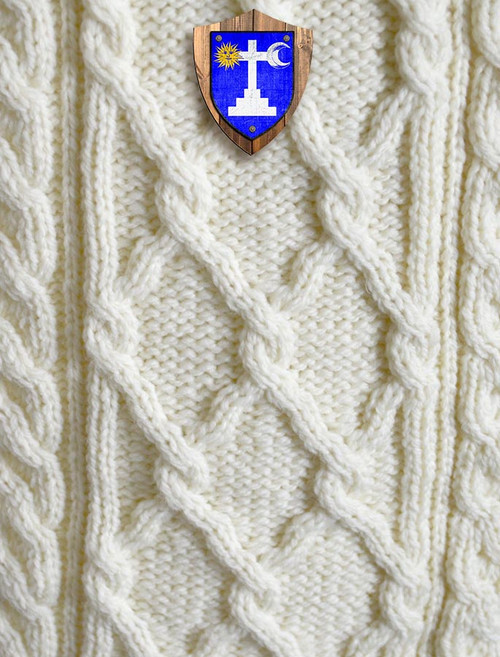