×
Mahoney, Mahony, O’ Mahoney, O’ Mahony, Ó Mahúna.
The Mahony name is derived from the Gaelic Ó Mathghamhna, from “Mathghamhan” meaning ‘bear’. The surname originated in the southern province of Munster in the eleventh century when it was adopted by one of the dominant families of the Eoghanacht people who were a royal dynasty. Today the name is the forty sixth most numerous in Ireland, being fourth most numerous in Cork, and also strong in surrounding counties.

This sweater has a moss-filled diamond as the central panel, flanked by two cables, link, and a panel of honeycomb on either side. The diamond represents a wish for wealth, the cables symbolise luck, the link stands for the unbroken chain between the Irish who emigrate and those who remain at home, and the honeycomb represents work. This beautiful Aran sweater has been hand knitted in the traditional báinín (pronounced ‘baw neen’) colour, the natural white of the wool. It comes to you complete with a clan history and crest. It is made of 100% pure new wool, is water repellent and breathable. It has been hand crafted in the traditional Irish style, and, with care, will last a lifetime. 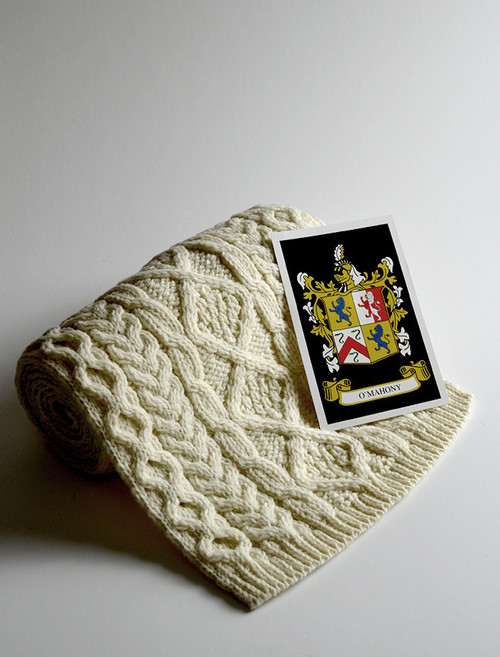 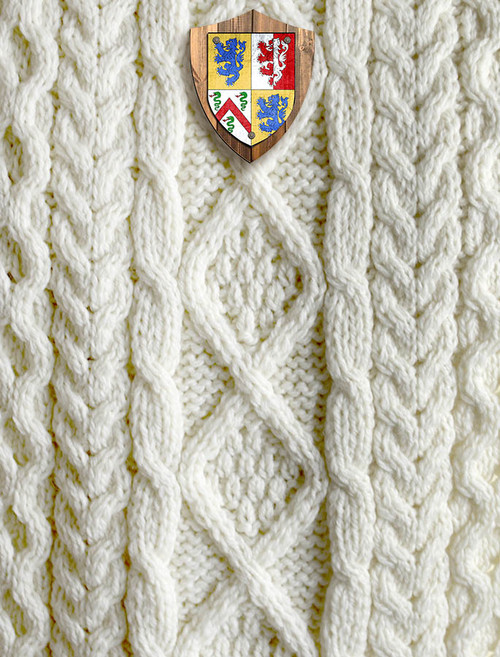