×
Mac Aodh, Mac Gee, Mac Kee, Mc Gee, Mc Kee.
Mac Aodh means ‘son of Aodh’, a popular personal name meaning ‘fire’. The name can be either of Scottish or Irish origin. There were three Irish clans of the name located in Ulster, in the area on the borders of the modern counties of Donegal and Tyrone, around Islandmagee in Co. Antrim and in Co. Fermanagh. The Scottish Magees arrived in Ulster during the plantations. Magee is one of the 100 most numerous names in Ireland, and is by far most common in Ulster.

The hand knit Magee sweater has the Honeycomb as the central panel, flanked by large and small cables, and the claw stitch on either side. The Honeycomb stitch represents work, and the cable is a wish for good luck. This beautiful Aran sweater has been hand knitted in the traditional báinín (pronounced ‘baw neen’) colour, the natural white of the wool. It comes to you complete with a clan history and crest. It is made of 100% pure new wool, is water repellent and breathable. It has been hand crafted in the traditional Irish style, and, with care, will last a lifetime. 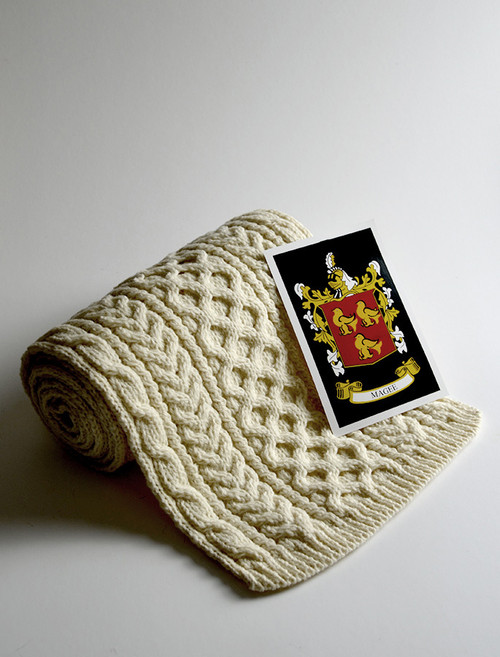 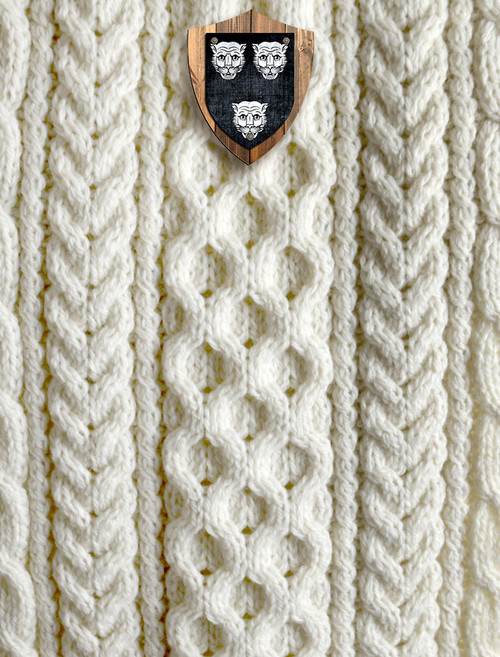