×
Hughes, McAodha, McHugh, O’ Hea, Ó hAodha.
The Hayes are descended from the Gaelic sept of the Ó hAodha, although Hayes is also a common name in England where it derives from places of the same name. Ó hAodha comes from the personal name Aodh which means ‘fire’. The name was very popular in early Ireland, hence the existence of at least twelve distinct branches of the family scattered throughout the country. Today in Ireland the name ranks as the fifty second most numerous surname. It is most popular in Co. Limerick, where it is fourth most popular surname, and is also numerous in Cork, Clare Tyrone, Monaghan, Donegal, Mayo, Sligo, Galway, Meath and Wexford.

This sweater has a honeycomb central panel, flanked by cable, rope, zig-zag, plait and moss stitches on either side. The honeycomb stitch symbolises work, cable represents good luck, zig-zags represent the ups and downs of marriage and moss symbolises nature. This beautiful Aran sweater has been hand knitted in the traditional báinín (pronounced ‘baw neen’) colour, the natural white of the wool. It comes to you complete with a clan history and crest. It is made of 100% pure new wool, is water repellent and breathable. It has been hand crafted in the traditional Irish style, and, with care, will last a lifetime. 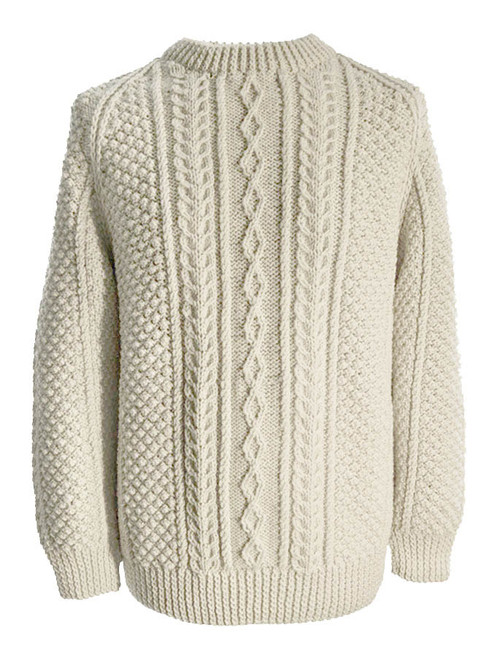 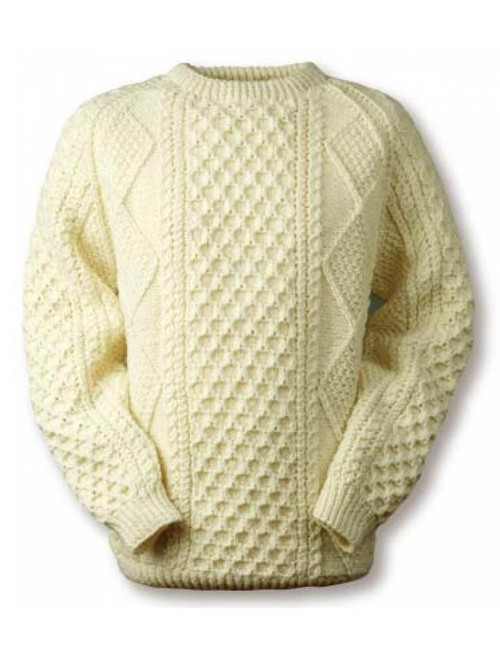 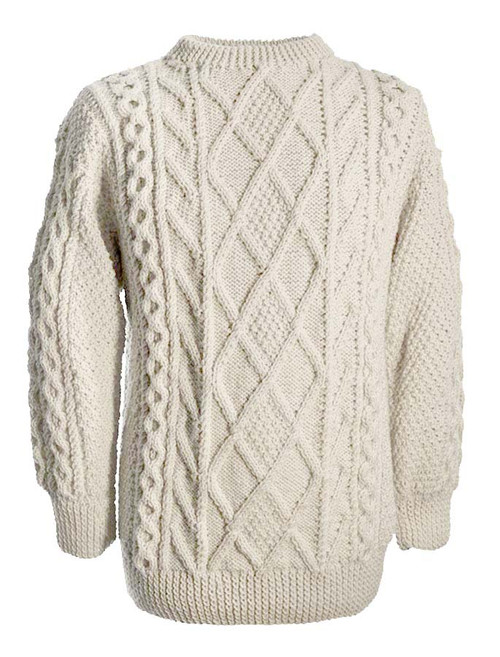 Quick view
Choose Options
White Clan Sweater
CA$263.08
This name originates in England. However in Ireland the name White was used locally for many Irish people who had the elements ‘ban’ –white or ‘fionn’ – fair. The...

Quick view
Choose Options
O'Donovan Clan Sweater
CA$263.08
The Donovans are descended from the sept of Ó Donnabháin who were from County Limerick in the south west of Ireland. The name comes from the Gaelic Ó Donndubháin meaning... 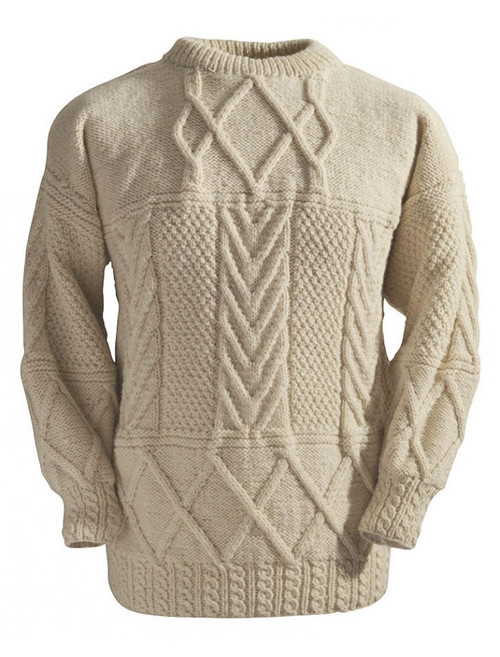