×
Heally, Heeley, Hely, O’ Healihy, O’ Healy, Ó hÉilidhe.
The Healys in Ireland are descended from two different clans, the Ó hÉilídhe, from the Gaelic “éilídhe” meaning ‘claimant’, and the Ó hÉaladaighthe, from the Gaelic “ealadhach” meaning ‘ingenious’. The former clan’s territory was the Barony of Tirerril in County Sligo in the province of Connacht. The Ó hÉaladaighthe, meanwhile, were from Cork in the southern province of Munster. The name is now the forty eighth most common in Ireland, and remains predominant in its original homelands of Sligo and Cork.

The hand knit Healy sweater is knitted in the straight shoulder style with a centre cable flanked by inverted claw stitch panels. The cables are symbolic of the fisherman’s ropes and the claw stitch reminds us of the lobsters. This beautiful Aran sweater has been hand knitted in the traditional báinín (pronounced ‘baw neen’) colour, the natural white of the wool. It comes to you complete with a clan history and crest. It is made of 100% pure new wool, is water repellent and breathable. It has been hand crafted in the traditional Irish style, and, with care, will last a lifetime. 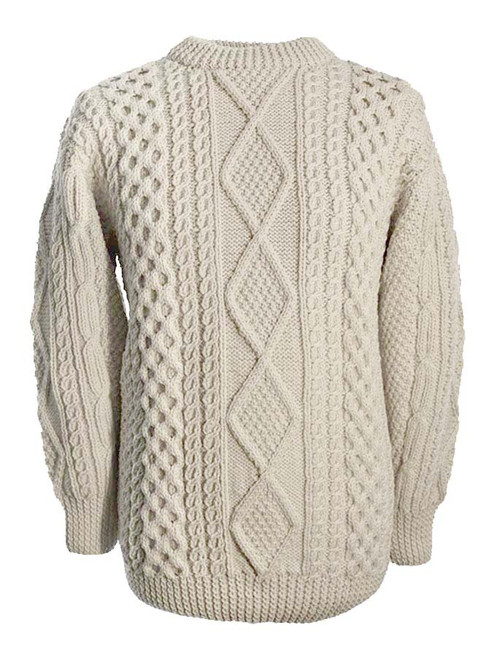 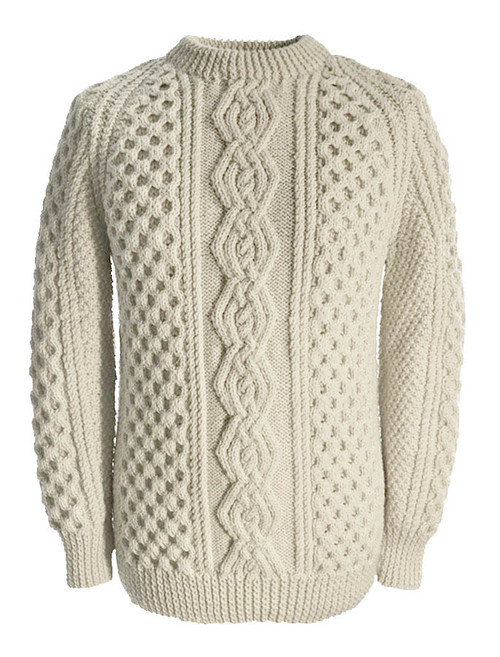 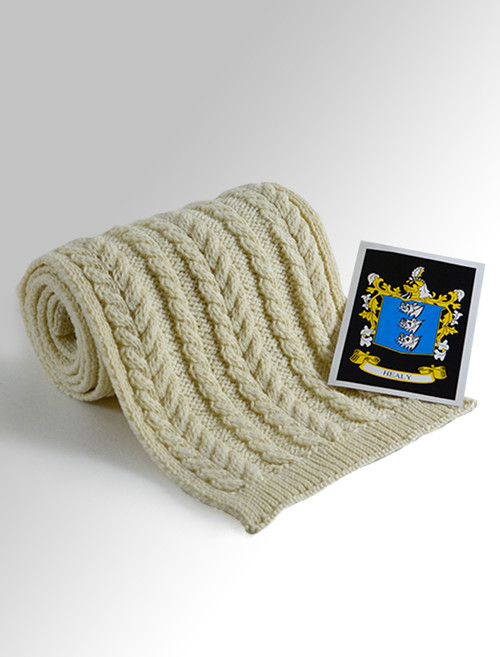 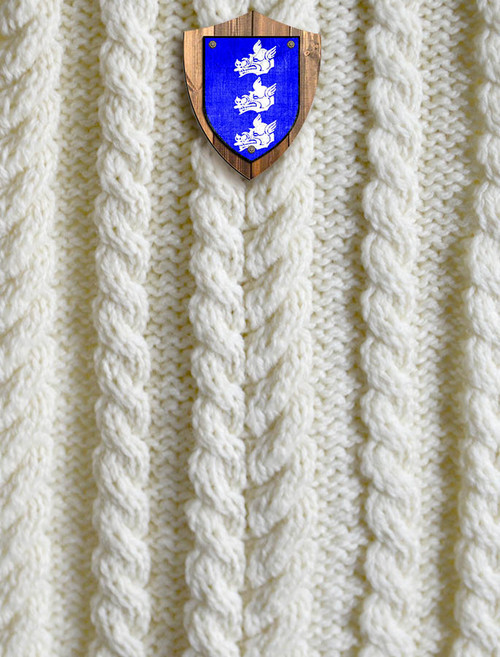