×
Gallagher, Gallaher, O’Gallagher, O’Gallaher, Ó Gallchobhair.
The meaning of the name Ó Gallchobhair comes from the Gaelic “Gall”, meaning ‘foreigner’, and “cabhair”, meaning ‘help’. This Irish clan is descended from Conall Gulban, who was one of the sons of Niall of the Nine Hostages. A total of six Gallaghers have been Bishops of Raphoe, Donegal, during the fifteenth and sixteenth centuries. Their stronghold has been, and remains, County Donegal in the north-west of the country, where the name is ranked as the most numerous in the county. The surname is the fourteenth most common in Ireland.

The hand knit Gallagher sweater has a trellis central panel, flanked by cable stitches and blackberry panels on either side. The trellis stitch represents the stone walled fields of the Aran Islands, cable stitch symbolises good luck, and blackberry is symbolic of the Holy Trinity. This beautiful Aran sweater has been hand knitted in the traditional báinín (pronounced ‘baw neen’) colour, the natural white of the wool. It comes to you complete with a clan history and crest. It is made of 100% pure new wool, is water repellent and breathable. It has been hand crafted in the traditional Irish style, and, with care, will last a lifetime. 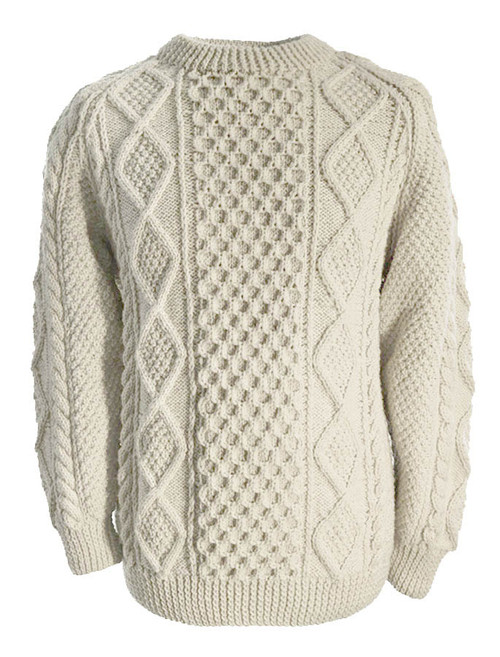 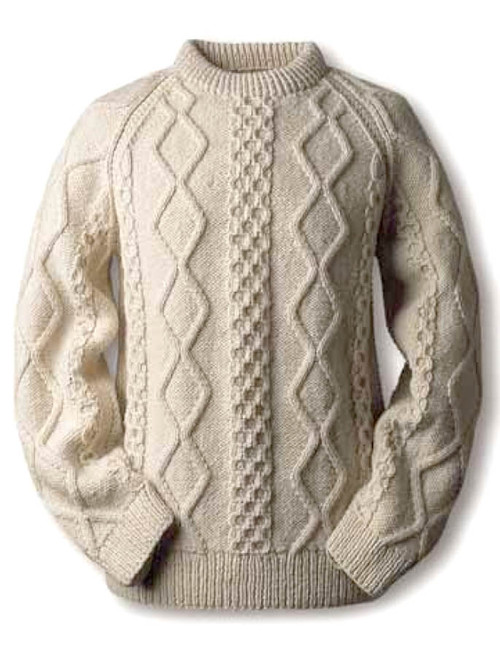 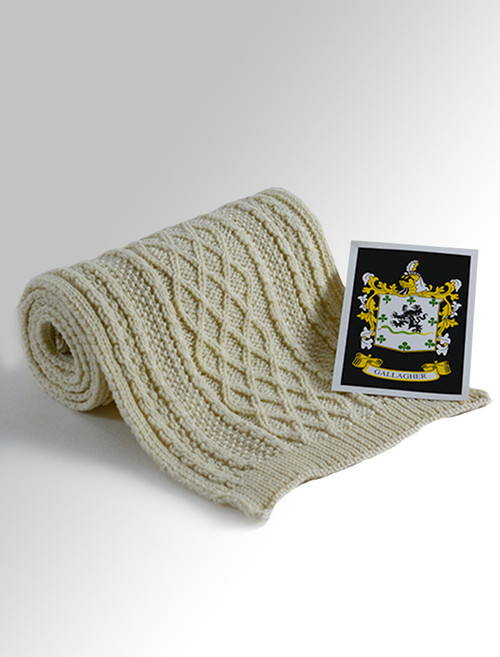