×
Flanaghan, Flannigan, O’ Flanagan, Ó Flannagáin.
The name Ó Flannagáin comes from the Gaelic word “Flann”, a personal name which means red or ruddy. There were several different septs of the name, in counties Roscommon, Fermanagh, Monaghan and Offaly. In Co. Roscommon the family had long associations with the royal O’ Connor family. Today, the name is the sixty ninth most numerous in Ireland, with the greatest concentration in south-west Ulster and north Connacht.

The hand knit Flanagan sweater has a rope centre stitch (which is narrower than shown in the image), flanked by moss-filled diamonds, honeycomb and moss stitch panels on either side. The rope stitch is a form of cable, representing good luck, the diamonds symbolise wealth, honeycomb is symbolic of work and moss symbolises nature. This beautiful Aran sweater has been hand knitted in the traditional báinín (pronounced ‘baw neen’) colour, the natural white of the wool. It comes to you complete with a clan history and crest. It is made of 100% pure new wool, is water repellent and breathable. It has been hand crafted in the traditional Irish style, and, with care, will last a lifetime.

Quick view
Choose Options
O'Shaughnessy Clan Sweater
£144.16
The O’ Shaughnessy sept were considerably important in County Galway and are still a very popular name there. It is also found in parts of County Limerick. The O' Shaughnessy sept are believed...

Quick view
Choose Options
Quinn Clan Sweater
£144.16
The name Quinn can have two distinct origins. In the areas of counties Clare, Longford and Antrim, the name originated as the personal name Conn, meaning ‘chief’ or ‘leader’... 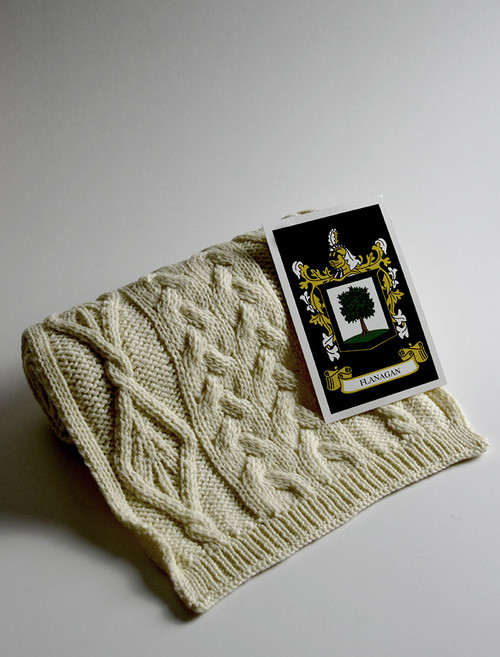 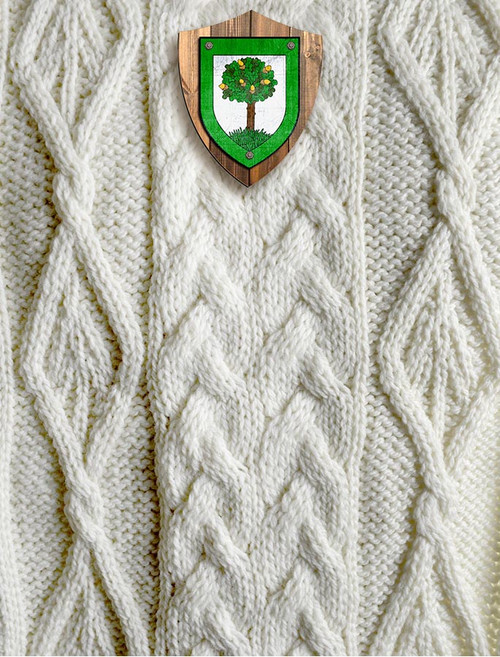