×
Don, Donn, Donne, Dunn, O’ Doyne, Ó Duinn.
Dunne is a very numerous name and comes from the Gaelic “Donn” meaning ‘brown’. The name was used to describe somebody of swarthy complexion or dark hair. The Ó Duinn were lords in the north of county Laois in the Irish midlands, and were known as Lords of Iregan up to the seventeenth century. Today, the Dunne name is the 27th most popular name in Ireland, and is strongest in the eastern province of Leinster. In the north the usual spelling of the name is Dunn.

The hand knit Dunne sweater has a moss filled diamond as the central panel, flanked by cables, honeycomb, moss filled diamonds, and the lobster stitch on either side. The diamond stitch represents wealth, the cables represent good luck, and the lobster stitch is a wish for prosperity. This beautiful Aran sweater has been hand knitted in the traditional báinín (pronounced ‘baw neen’) colour, the natural white of the wool. It comes to you complete with a clan history and crest. It is made of 100% pure new wool, is water repellent and breathable. It has been hand crafted in the traditional Irish style, and, with care, will last a lifetime. 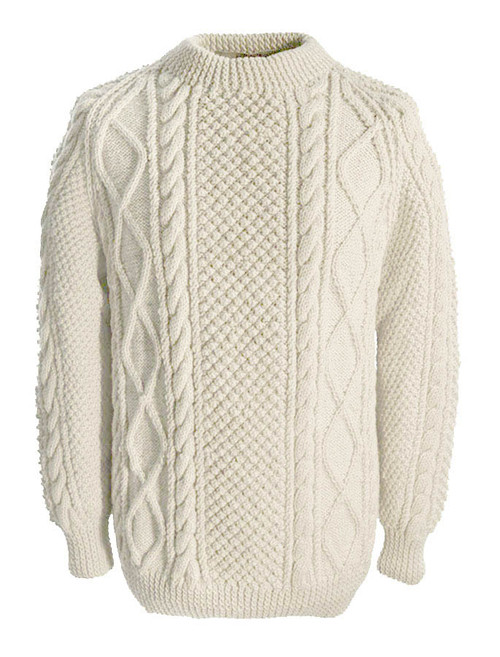 Quick view
Choose Options
Ward Clan Sweater
CA$248.29
Wards in Ireland can be of English or Gaelic origin. The English version of the name alludes to the occupation of ‘weard’ or guardsman, and was brought here by English settlers. In Gaelic... 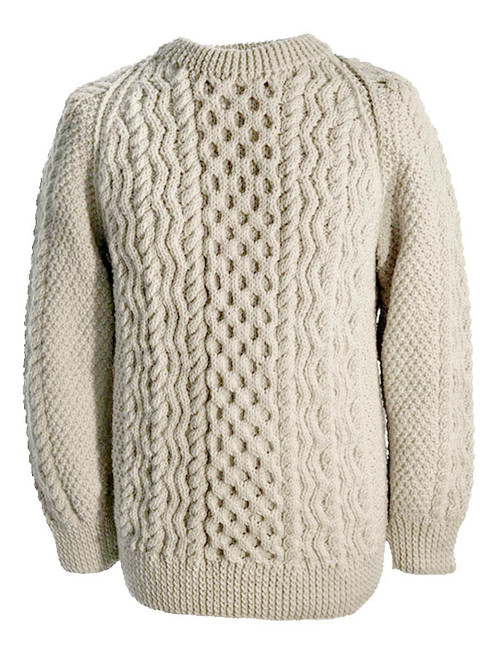 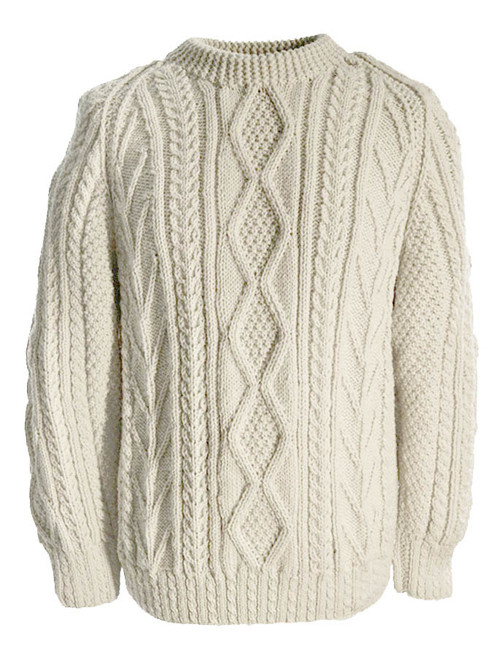 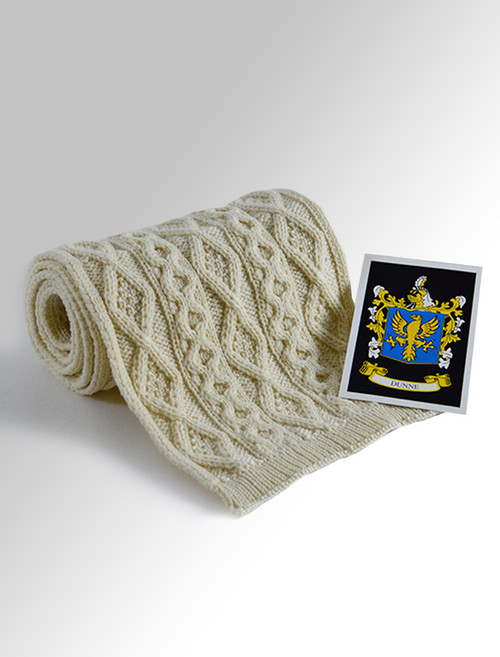 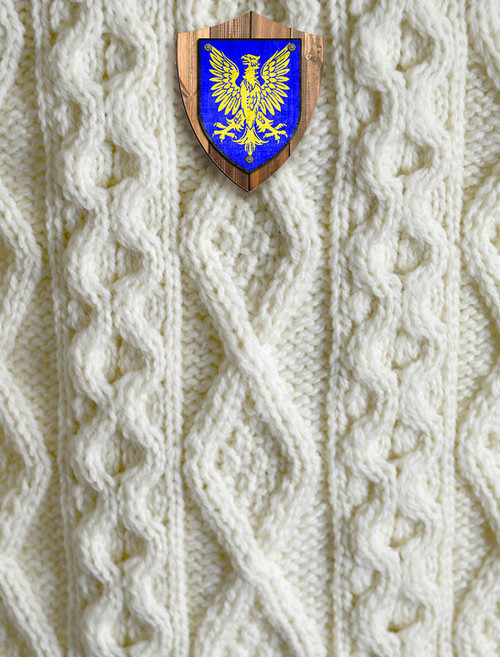