×
Casserly, Costelloe, Mac Coistealbh, Mac Costello, Nangle.
The Costello name, and its variations, are of Anglo Norman origins, and have an interesting history. The original name of the clan was deAngulo, or Nangle, and it became Costello as the family were absorbed into the Gaelic tradition. They took the name of one of their forebearers, Jocelyn, which was Gaelicised to Goisdealbh, to become Mac Goisdealbhaigh. This name was subsequently given the English Costello. The family stronghold was in Mayo, where the barony of Costello was named after them, and the surname today is widely dispersed across the country.

The hand knit Costello sweater has a rope centre stitch flanked by moss, zig-zag, link, and blackberry panels on either side. The rope is a form of cable stitch, and represents good luck. The blackberry stitch symbolises the Holy Trinity, and the zig zag represents the ups and downs of marriage. This beautiful Aran sweater has been hand knitted in the traditional báinín (pronounced ‘baw neen’) colour, the natural white of the wool. It comes to you complete with a clan history and crest. It is made of 100% pure new wool, is water repellent and breathable. It has been hand crafted in the traditional Irish style, and, with care, will last a lifetime. 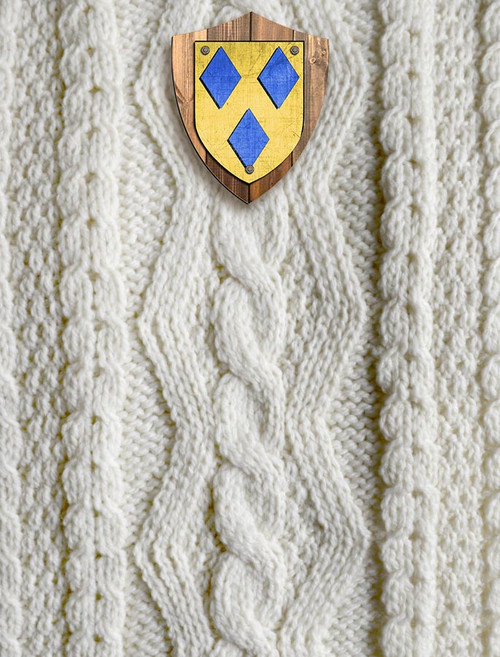 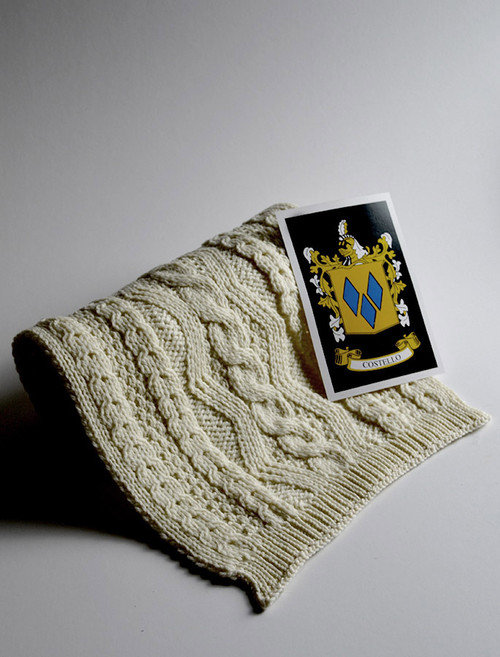