×
Bole, Boyles, O’ Baoighill, O’ Baoill, O’ Boyle, Ó Baoill.
There are two distinct branches of this family in Ireland. The first would be closely associated with the north of the country, in particular Co. Donegal where Boyle is the third most popular surname. The second branch of the family is connected to the province of Munster in the south of the country, and was begun by a Richard Boyle who became known as the first colonial millionaire. The name would be most closely associated with County Donegal. Boyle is one of the fifty most common surnames in Ireland.

The hand knit Boyle sweater has an unusual trellis centre panel, flanked by cable, honeycomb rope, zig-zag and moss on either side. The trellis represents the stone walled fields of the Aran Islands, cable represents good luck, honeycomb symbolises work, the zig zag stitch has come to represent the ups and downs of marriage and moss is symbolic of nature. This beautiful Aran sweater has been hand knitted in the traditional báinín (pronounced ‘baw neen’) colour, the natural white of the wool. It comes to you complete with a clan history and crest. It is made of 100% pure new wool, is water repellent and breathable. It has been hand crafted in the traditional Irish style, and, with care, will last a lifetime. 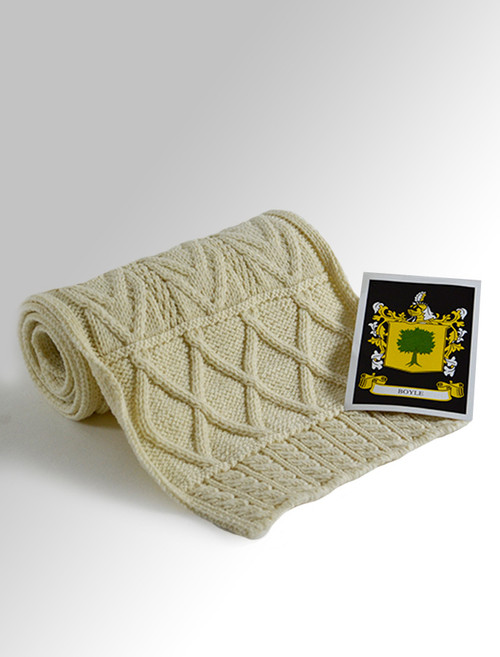 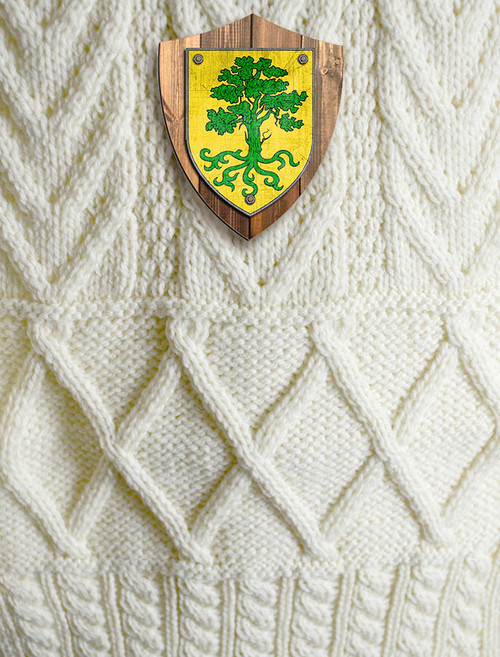